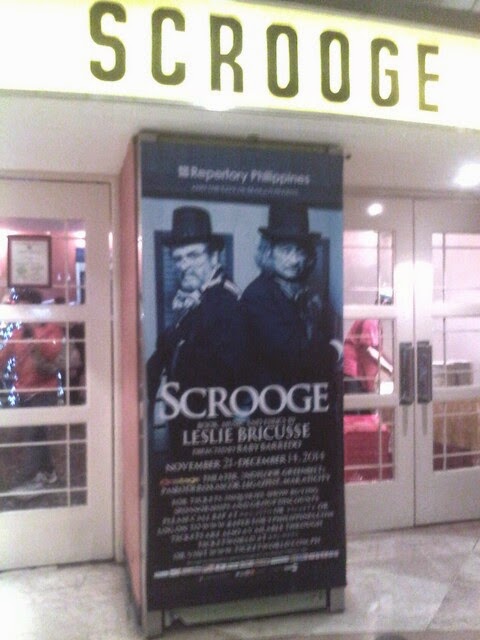 This year, Repertory Philippines really made this season of giving more spectacular by staging a classic piece good for all ages . . .Scrooge!

Under the artistic hand of Ms.Baby Barredo, this year's production of Scrooge is made more memorable (for me) by its cast and the way this classic musical piece was staged.  From the set to the lights, from the live music (Yes, they made used of live orchestration for this production.  Talk about giving depth with style.) and to the costume, all working together and giving enhancement to the acting and choreography.  Giving life to the vision when this was first made. 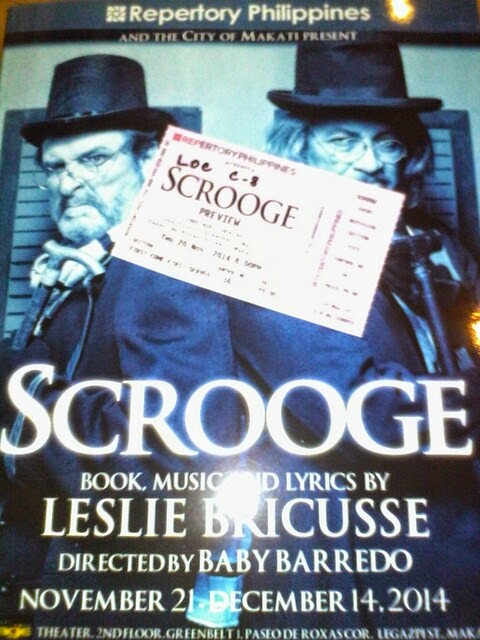 SCROOGE THE MUSICAL is a lively adaptation by renowned writer-composer-lyricist Leslie Bricusse of the classic short story ‘A Christmas Carol’ by Charles Dickens. It is also based on the 1970 musical film of the same name. The original production of SCROOGE THE MUSICAL opened in 1992 in Birmingham, United Kingdom. After a series of UK tours, the show opened at the London Palladium in 2005 where aged stage veteran Tommy Steele took on the leading role. The production continued on tour and was revived again for the 2012-2013 Christmas season at the London Palladium. The musical features all the songs from the film, including the Oscar nominated song ‘Thank You Very Much’, written by Leslie Bricusse.

The plot of this holiday favorite treat for the entire family begins on Christmas Eve in Victorian London and follows Ebenezer Scrooge on his journey to understanding the real meaning of life and Christmas. Miser Ebenezer Scrooge is awakened on Christmas Eve by spirits who reveal to him his own miserable existence, what opportunities he wasted in his youth, his current cruelties, and the dire fate that awaits him if he does not change his ways. Scrooge is faced with his own story of growing bitterness and meanness, and must decide what his own future will hold: death or redemption.
-excerpt from the press release provided by Mr. Toots Tolentino

Seeing familiar people on stage was also a delight that night.  Alexander Cortez, a former director of mine, was something to behold that night.  Seeing him sing, dance and act all at the same time truly marks his right to be the adviser of DUP.  Arnel Carrion, a former stage colleague of mine, is always a wonder on stage.  All his roles are diverse that he is able to deliver it well.  For a tall and big guy (I get to do piggy-backs on him before shows then), he is able to project him self accordingly and share the space with his fellow actors.

Acting as Tiny Tim that night was Gabo Tiongson.  As a child performer, he is good.  His singing voice was clear and light.  The only thing I noticed that was a little off, was the usage of the crutch. There was a scene wherein he was walking with the stick instead of walking using the stick.  A minor thing to totally distract the viewers from his character delivery.

Besides the actors and the music, there are two things truly note worthy in this Repertory production:  the effects and the lesson that the musical carries.  The effects, I won't say much so as not to spoil things; the floating ghost, the door scene . . .YOU HAVE TO WATCH this production to see it.  With the lesson, it is something that is applicable to all ages. Which is exactly the beauty of this musical!  It is not bonded by its theme.  It gives lesson to kids and make adults reflect on how he is truly living his life at the present. This is truly a musical for the whole family!

Tickets are available through Ticketworld at 891-9999, or via http://www.ticketworld.com.ph.

You can catch Repertory Philippines production of Scrooge at Onstage, 2nd level of Greenbelt 1, Paseo de Roxas, Makati City till December 14, 2014.  Bring your friends and the whole family and see the wonder of theater this Yuletide Season!

Visit also my facebook page (www.facebook.com/pages/Above-Under-and-Beyond-the-Rainbow) to see my photo album regarding Scrooge.  You may also read my other blog entry regarding the man behind this wonderful musical, Mr. Leslie Bricusse (http://icemagehigh.blogspot.com/2014/11/pr-know-person-behind-magic-of-scrooge.html)

Photos:
(All photos used were personally taken by me during the press preview event) 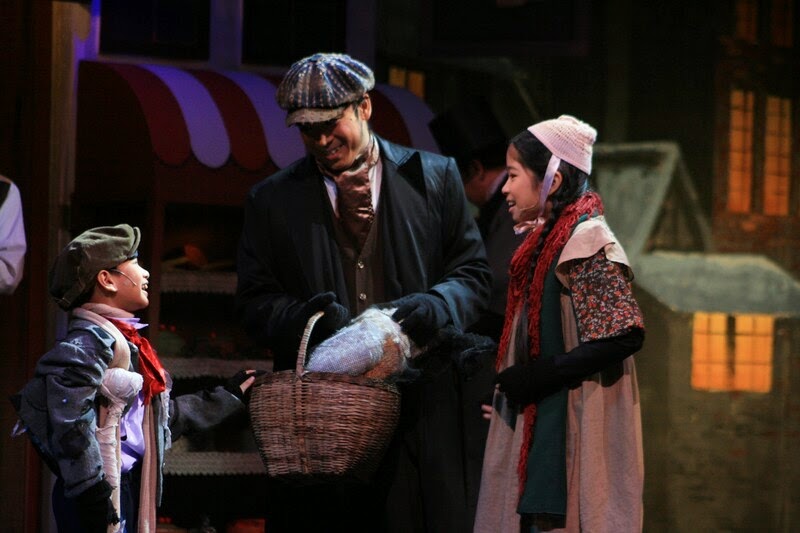 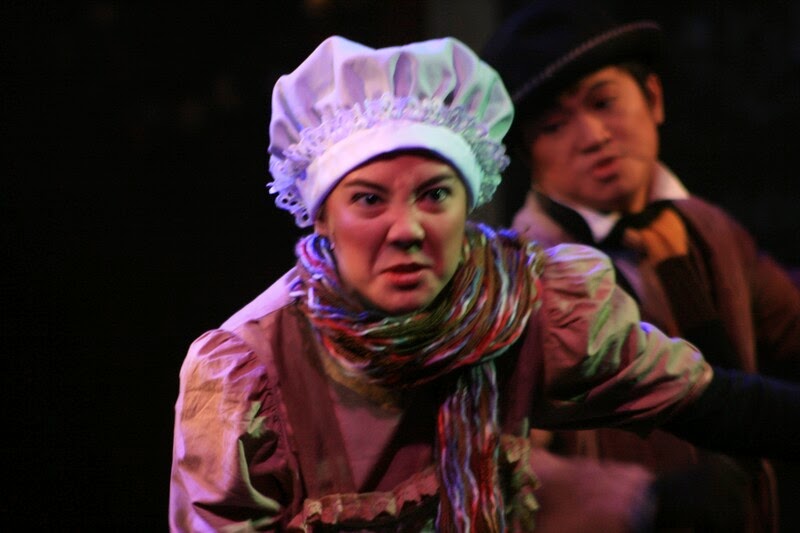 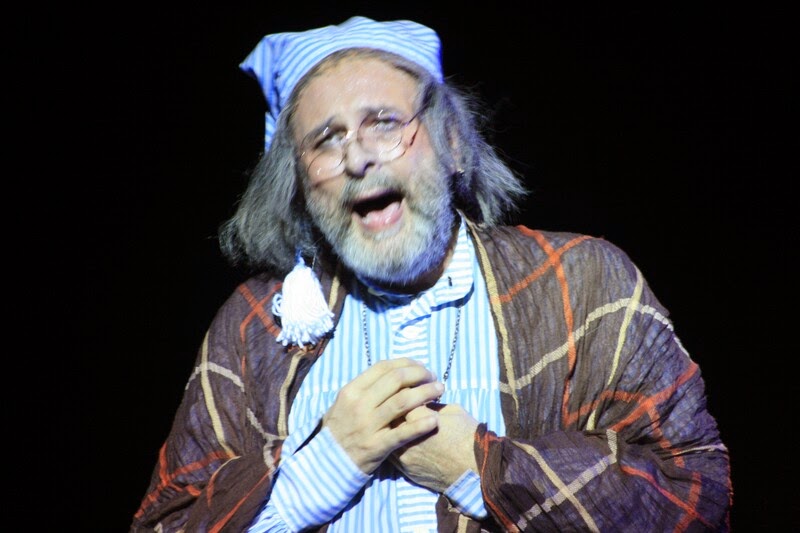 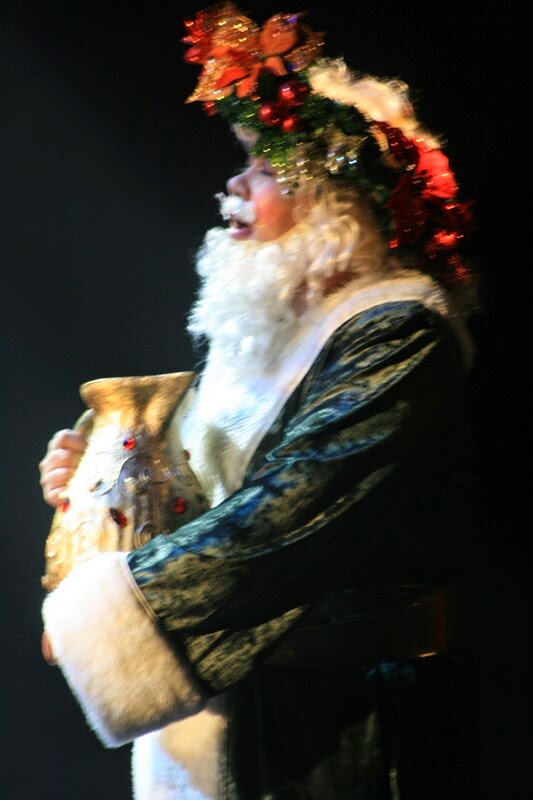 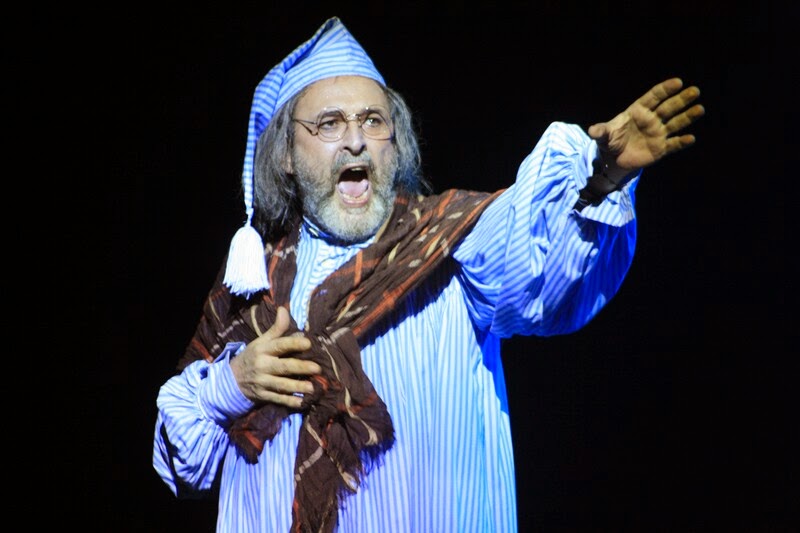 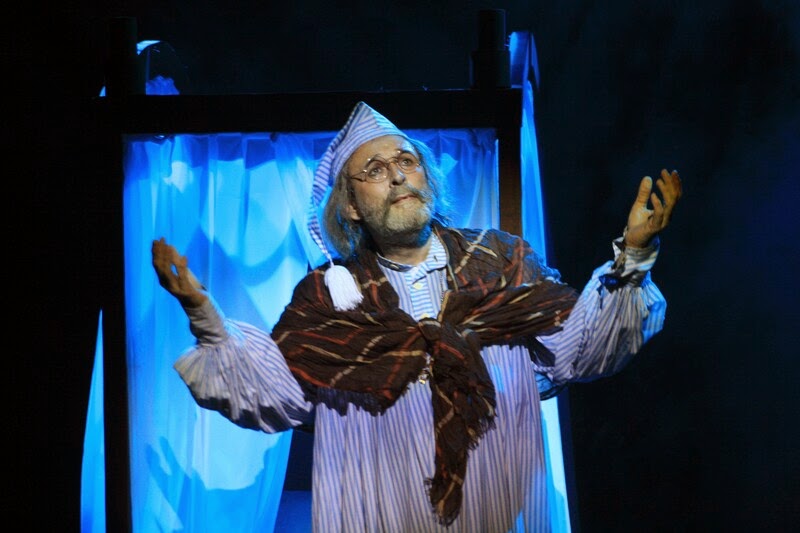 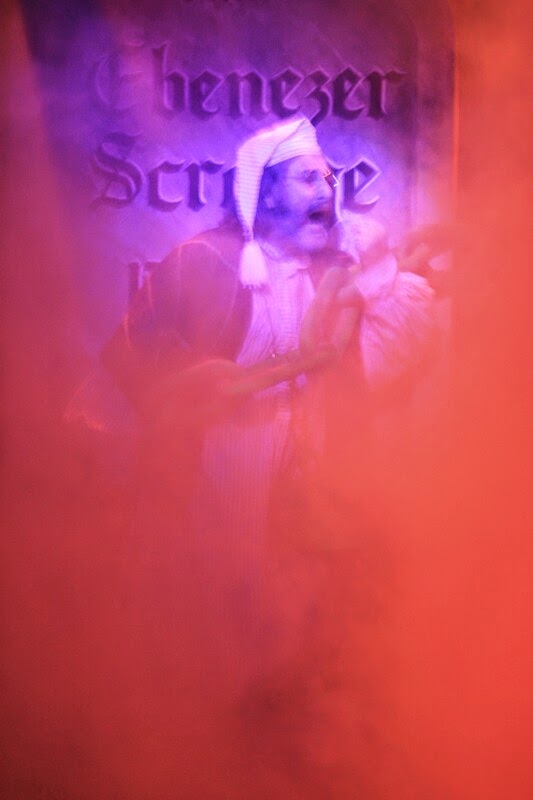 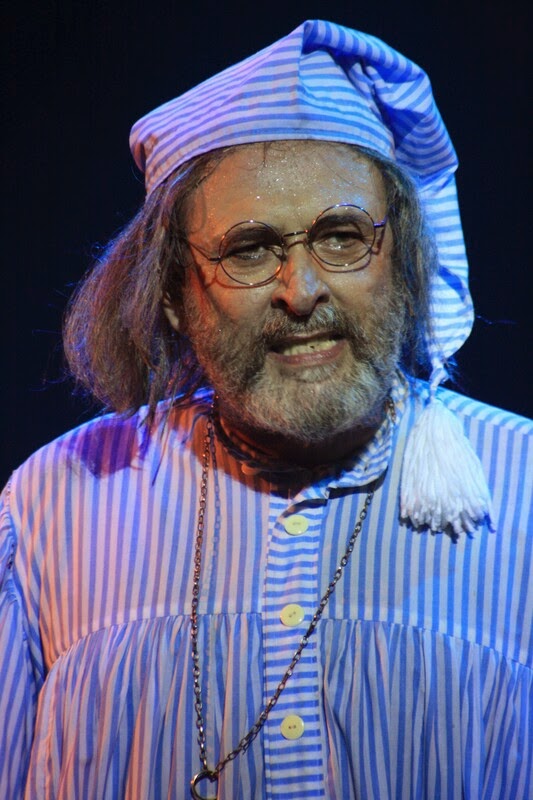 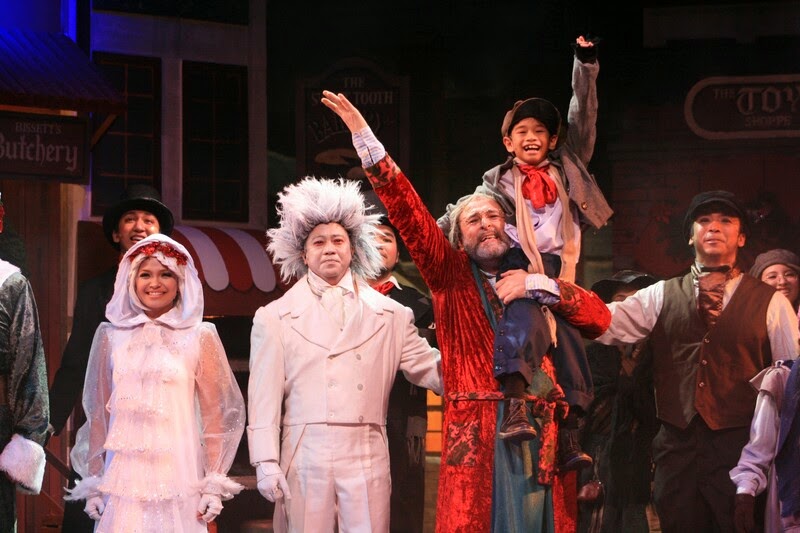 Mas Bagong Post Mga Lumang Post Home
Mag-subscribe sa: I-post ang Mga Komento (Atom)
Please do not use my original images or my writing without asking me for permission. Thank you!
For blog posts with "PR" on the subject, those are not my original writing but a press kit sent to me by partner companies. When content falls under "Press Release," this means that the material is fully and directly from the company issuing the press release. This also means that the blogger is not the author of the statement being read. This blog is simply providing the information for readers who may be interested
The rest are all my original creation. To contact me: please see information below.